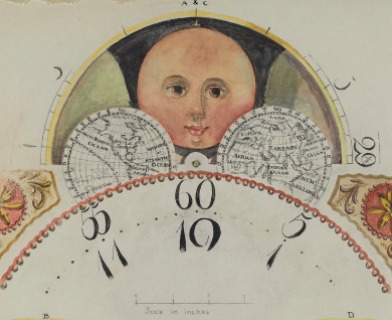 Jung came up with a wonderful image for the journey of a human life, comparing it to the arc-like path the sun takes as it travels across the sky each day.  At sunrise the child is born, accompanied by rosy hues from the celestial world.  In early morning he explores his environment, his consciousness expanding as the light of day increases.  As the sun climbs higher in the sky, the adolescent feels his spirit quickening and, in young adulthood, he ventures away from home to seek his place in the world.  At the noon hour he arrives at midlife, where, established in society to some degree, he feels his productive powers operating at full strength.

But just when the sun is at its brightest, its trajectory changes.  Though many hours of daylight still lie ahead — the whole afternoon, perhaps the best part of the day — a crucial psychological shift now occurs.  Where the young person in his ascent saw only blue sky up ahead, now the ground below comes into view.  The youthful sense of endless possibilities is replaced by a newfound awareness of finitude and limits, requiring a fundamental change in attitude.  For as Jung wrote, “What is great in the morning will be little at evening and what in the morning was true, at evening will have become a lie.”

In traditional societies, initiations and rites of passage moved the individual through these stages like water being turned by a mlll wheel.  The rituals contained in mythic form the collective wisdom of generations.  When a person took part in them, she was put in touch with archetypal energies that imbued her experience with meaning and purpose.  The transition from one stage of life to another was rigorous, even treacherous — a death-and-rebirth process requiring the surrender of a fully mastered adaptation to life and entry into a new territory where everything was strange and unfamiliar.  But knowing that one’s parents, grandparents, and more distant ancestors had gone through similar ordeals assured the initiate that the process was necessary and inevitable, and belonged to the natural order of things.

Few of us living in 21st century America would wish to go back to the tribal past and be made to follow a collective life script with prescribed roles and timelines.  Still, it’s difficult to make a life in a culture whose traditions and meaning systems are collapsing.  Now each of us must navigate the journey for herself, and this is not an easy task.  In our historical moment of everything-all-at-once, we have lost our sense of life’s distinct stages.  Instead of an arc-ing path like the sun’s across the sky, the journey of life tends to flatten out into an endless plateau of one-damned-thing-after-another.

Jung was keenly aware of this predicament.  In the absence of collective myths, he said, a person was forced to discover his or her own myth. The process is a psychological one, requiring a person to find his or her own individual relationship to the developmental processes of growing up, achieving adult status, and transitioning into the role of elder.  At the heart of each life stage, Jung said, there exists an archetype and  a corresponding set of tasks to be mastered and problems to be solved.  Though differences in outer circumstances and inner make-up make each person’s journey unique, the archetypal energies encountered along the way are universal.  To engage with them psychologically, he said, could endow even the apparently fragmented postmodern life with a sense of meaning and depth.

The young person’s task is to get into the world

For the adolescent or young person, the task is to discover his or her unique gifts, ideals and passions — the innate calling the soul brings into the world at birth.  A certain naive confidence is required to leave the safety and comfort of home in order to pursue this calling.  If the inner fire is not strong enough or the individual calling cannot be heard, the young person may get stuck on the threshold.  Given the competitive global marketplace young people face today and the endless seductions of the digital world, it’s no wonder so many young people find this passage daunting, falling prey to the syndrome known as “failure to launch.”

Early adulthood asks us to establish ourselves in society — through vocation, relationship, and a stable material life.  Now the idealistic youth must bank his or her fires in order to adapt to the world on its terms.  Hopefully, in all the striving for worldly accomplishment, the twenty- or thirtysomething will not lose sight of the original vision, but find ways of working his or her gifts in spite of the compromises demanded by reality.

It was Jung who first described the midlife crisis — occurring at roughly age 35-45.  By this time we have gained a measure of control and authority over our lives, but the commitments we have made may begin to chafe.  We may feel a vague sense of dissatisfaction or find ourselves plagued by regrets about roads not taken. If we have resisted taking on responsibilities, we may reach what seems like a now-or-never moment, feeling mounting pressure to take the plunge.

The crisis is brought on by an imperative deep within the soul, that noon-hour change of direction in our inner sun’s path.  Though we are still in the prime of life, full of energy and vigor, our young person’s fascination with what Jung called “the spirit of the times” begins to wane while the need to attend to “the spirit of the depths” grows more urgent.

When I was forty, a dream let me know I had reached this critical turning point. I was lying in bed next to my 90-year-old grandmother when she rolled over and somehow merged into me.  In its surrealist logic, the dream seemed to be saying, the seed of the old woman archetype was planted in my being, where it would gestate over the decades to come until one day, if the fates allowed, it would manifest in reality.  At the time I found the dream disturbing.  Identified as I was with my robust health and worldly achievements I could not accept that this fragile old-woman’s body might have anything to do with me. But even if my conscious mind did not, a deeper part of me understood that I had stepped across the meridian into the afternoon of life.  My soul knew that the laws of gravity apply not only to objects in the physical world but to processes occurring in the psyche, and that what goes up must eventually come down.

Such orienting images offered up by the unconscious are so necessary at midlife, or indeed anytime along the road of life when a transition must be made, a new attitude adopted.  Without the psychological handholds that such symbols provide, one can easily be swept away in our culture’s phobia about growing old.  We then waste the precious years of our maturity in manic attempts to deny or overcome the natural processes taking place in us.

Finding lasting values in the afternoon of life

In India in the past, when a person reached the age of 60, he or she would retire from house-holding duties to live the contemplative life of a hermit.  Such traditional cultures recognized the value not just of economic productivity and worldly accomplishment but the inner life of the soul, which asserts its claim upon a person more and more forcefully during the second half of life.

Few of us today have the financial resources to become renunciates, and so we may have to keep working into our elder years. But whatever our outer activities may be, our attitude needs to change if the afternoon of our life is not to be one long process of decline and ourselves to become embittered old people. Physical limitations and the loss of position and power bring us face to face with our mortality, but they also invite us to let go of our need for control and mastery.

For those who can perceive it, the hours of late afternoon and sunset have a subtle beauty of their own.  With the dimming of the solar ego comes a strengthening of the soul and a flowering of its qualities of imagination, depth, and understanding.  With nothing to prove and no one’s approval to seek, the old person may gain a delicious freedom to return to the original vision first kindled in him or her in youth.  He or she may then become a character, a wise old man or woman, and ultimately an ancestor, a bearer of values that outlast the fleeting concerns of the present moment.

To reach this point, one must submit to the archetypal tasks required by each stage of life. By allowing the deep processes of nature to work on us, the acorn of our destiny may grow into the mature oak tree of our fully-realized individuated self.  None of this is possible without a living relationship to the archetypes and symbols of the psyche.  As Jung writes, “There is a thinking in primordial images, in symbols which are older than the historical man, which are inborn in him from the earliest times and, eternally living, outlasting all generations, still make up the groundwork of the human psyche.  It is only possible to live the fullest life when we are in harmony with these symbols; wisdom is a return to them.” 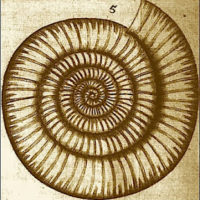 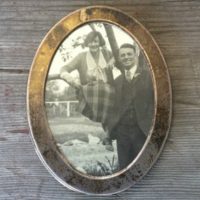 The Power of the Ancestors